All Belong Here. A preview. 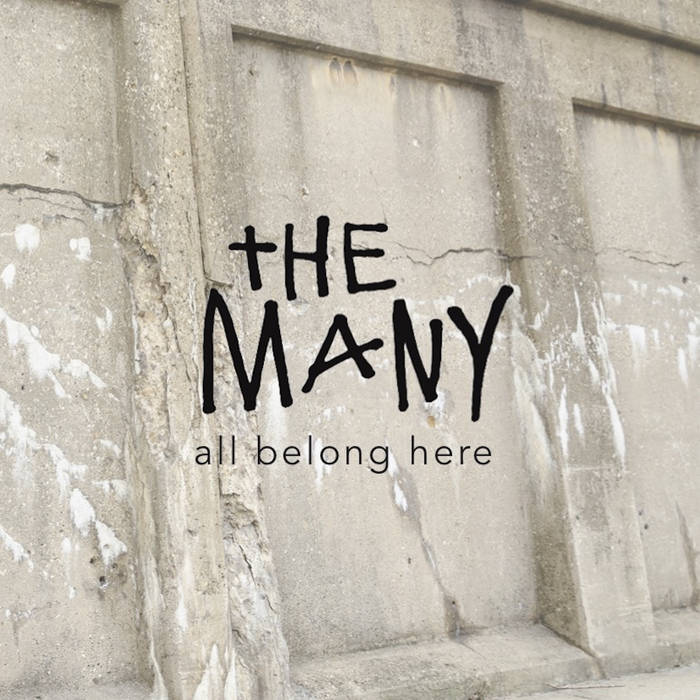 How can we lament, how can we find hope, how can we cry out to God, how can we get the courage to work for justice and peace, in the kind of world we’re living in right now? A world of hatred and violence, of greed and fear, and walls...so many walls.

The Many believe we need to sing together. And we need music that’s honest, full of questions, full of faith and doubt, full of longing. That’s the kind of music they crafted in this new album. Not easy answers. Not easy praise. Not songs about a God who only loves some of us. Not head in the clouds “worship music” - but feet on the ground, heart in hands, scars revealed, wild and holy, liturgically-seasoned music of resistance, reconciliation and restoration. Music made for people to sing with each other, in churches, in living rooms, in basements and bars...anywhere, everywhere... in spirit and in truth.

With lyrics drawing from the ancient wisdom of Scripture, from headlines, and from their own experience, musically these songs celebrate the diversity of the four lead singers– the soulful sincerity of Darren Calhoun, the raw bluesiness of Kerry Anne Pritchard, the gospel-soaked roots of Leslie Michele, and the pure, emotional indie pop of Hannah Rand. Together, this uncommon collective of songwriters, poets, activists, uneasy prophets and just-one-foot-in- front-of-the-other Jesus-followers, remind us again and again that we aren’t alone, God so loves every one of us, and we all belong here.

The Many is the house band of The Plural Guild, a gathering of writers, musicians, artists, liturgists and thinkers creating words, music and ritual for a new day, a new way.

All songs written by Hannah Rand, Gary Rand and Lenora Rand, except "Love Rises" which was also written by Rob Wildeboer.

THIS ALBUM IS ALSO AVAILABLE AS A CD.

The Many is the house band of The Plural Guild. www.pluralguild.com

Weaving together many musical influences, from folk to gospel to pop to indie, into one unique sound somewhere between them all, The Many deliver songs filled with questions and doubts, pushing toward a faith that’s real and honest, that doesn’t settle for easy anything, always with an eye out for the God who so loves the world. . ... more

Bandcamp Daily  your guide to the world of Bandcamp