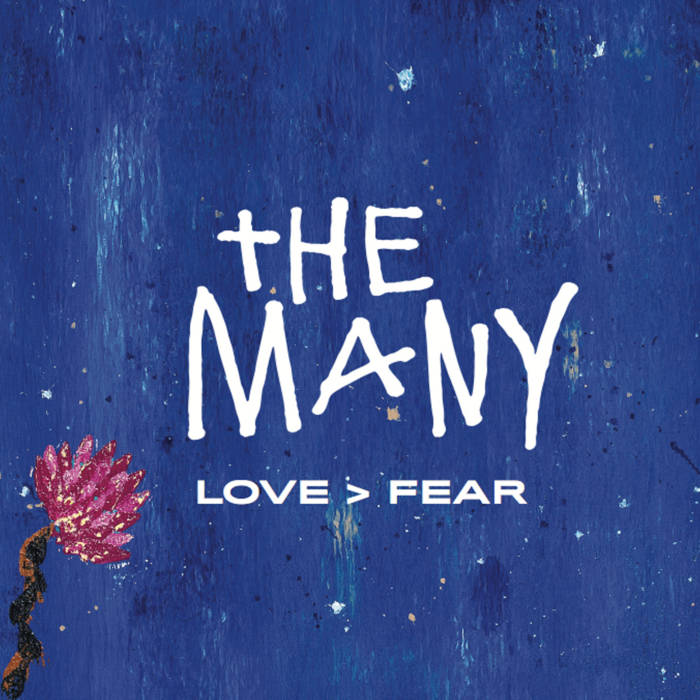 Doug Upchurch The Many create songs that are aligned with my heart and my faith in a way that I feel inspired and seen for exactly as I am. Thank you!

The 12 songs on Love > Fear (pronounced Love Greater Than Fear) were written in response to the fear that is so rampant in our culture today: fear of the other, fear of violence, fear of not having enough, and fear of not being enough. According to some studies, Americans are more afraid than they’ve ever been and many are calling this “the age of fear.” Growing out of that fear is increased hatred, exclusion, alienation and loneliness. These songs offer space to honestly name and lament all that’s wrong and scary and hard in our world and our lives, while also offering hope and the reminder that, as Christ taught us, “love is greater than fear” and “there is enough to go around.”

Weaving together many musical influences, from folk to gospel to pop to indie, into one unique sound somewhere between them all, The Many deliver songs filled with questions and doubts, pushing toward a faith that’s real and honest, that doesn’t settle for easy anything, always with an eye out for the God who so loves the world. . ... more

Bandcamp Daily  your guide to the world of Bandcamp